Grandmothers, Mothers and Women (GMW): The Academy and the GOP, both claim to not be raciest but, their action speaks louder than words.

For the GOP, the Oversight Committee Hearing on February 27th, was not a good look for them; using a Black Lady to stand up as proof, black people

worked for Mr. Trump, with no regard or thought for trying to help the American people understand the dilemma our country is in. They did not put us first.

GMW, for us to still be addressing the issue of race, says one thing, “until we really deal with the  elephant in the room seriously, these issue will continue to bombarding us.

In my state of  Virginia, Black Face and the KKK has taken up time and energy; to the extent of wanting some elected officials to resign.  The Irony of this fiasco in my state is, “one leader was all for the resignation of a colleague, until he was confronted with the same violation; he chose not to resign also

Until we deal with each other based on content of character, race will always be an issue.  Mr. Mark Meadows, would not have had to parade Ms. Lynne Patton as another poster to prove Michael Cohen was a lyre and Mr. Trump is not a racist; we should have been able to see the diversity of ethnicity in their Panel of Representatives. 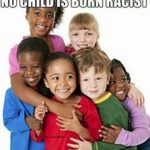 It appears as if most of our News Coverage, media and print, is about #45 and racism, either from the southern borders, as to whom is acceptable to come into our country as immigrants, and from what parts of world, infidelity, lying, stealing and cheating from the TOP.  Our country has never been so divided. GMW, it’s imperative that we hold our families together, more so now than ever before. With our families strong, together and intact, our communities, cities, states and country will mirror us. We must start at home with our: God and Love.

GMW, The writing is on the wall for the whole world to see, ‘It’s time for us to seriously decide our children’s futures, particularly when it come to their core values of  principles, honesty, integrity, commonsense, diplomacy, manners, respect-for self, others and country, empathy, sympathy, discernment and the love of God. ” A power and inner-strength, plus the value of family, loyalty and safety. Our children has to know they have a safe haven to go to, when  the world around them is falling apart.  We must spend more time with our children and less time with our electronics devices. These qualities will ensure, our children are going off to school prepared to be taught, not discipline.

The examples the world is bombarding our children with daily,  is overwhelming. To use the Oversight Committee hearing from yesterday as an example of adults being out of control; I’m sorry to say,’ the GOP’s behavior was a perfect example of what we don’t want them to mirror.

There have been 32 convictions of persons working on behalf of Mr. Trump from the Mueller Prove, with the probability of the American people not being able to see those result is appalling. But, we finally get an opportunity for some insight into what’s happening in our highest office of government and leader of our democracy. To see the GOP spends, all of their time trying to help Mr. Cohen prove he’s a convicted lyre among others  things, in his efforts  of doing # 45 biddings. I’m sure our children were confused by the fact that, ‘at times Mr. Cohen appeared to feel sorry for the GOP’s  Panel, because they were trying to do for # 45 the same things he did, that cost him and his family’s their lives. There were times watching them, I asked myself the same thing.

GMW, let’s pray for the GOP to remember who they were when they stood for principals and values. Even though I’ve always been a democrat,  I once had great respect for them but, evil still triumphs, when good people look away.

Grandmothers, mothers and women,  where ever you are standing right now, let’s start lifting up our marriages, families, relationships and nation in prayer, because prayer changes things.

I borrowed this prayer from, (Beliefnet.com): I’m going to make it apart of daily prayer, and I hope you join me daily.

Heavenly Father, today we pray for our nation. we ask that You would give our President wisdom beyond his own understanding and the courage to choose the right path no matter how narrow the gate. I pray for all in authority over us that You would give them the grace and strength to stand 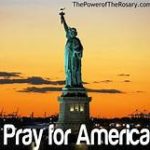 against the temptation to use power as a weapon but rather to carry it reverently as one would a child. we pray
for the spiritual leaders of our country that they would hear Your voice and know your heart. we pray that they would lead from their knees and by that simple grace bring each one of us to our knees before Your throne. Have mercy on our nation Lord, In Jesus name, Amen.