Grandmothers, Mother and Women  (GMW), I’ve been trying to understand why Police Officers  are using excessive power when dealing with my children of color.

Starting in New York in 1999, with The shooting of 23 years-old-Amadou  Diallo occurred on February 4, 1999. four  (4) officers fired a combined total of 41 shots killing him for having a wallet that looked to them like a gun. All four officers were charged with second-degree murder and acquitted at trial. This scenario of my sons and daughters being killed has to stop.

This scenario of my sons and daughters being killed by the police when a wallet or what is now a cell phone, carried by all of our children, but it appears, mine are the only one being killed by excessive force for having something in their hands that appears to be a gun when it is simply a phone.

I’m sure this scenario has not been lost on any of us. When the young man was apprehended for killing the 17 students in Parkland Florida, it was known he had an AkA-15 or 47 but no shots were fired at him. I have observed, as I’m sure everyone else has, when my white sons has been apprehended by the police for the same scenarios they have not been shot at excessively. WHY? North Miami Police use photos of black teens for shooting 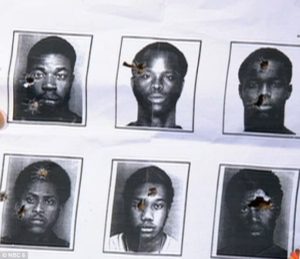 practice. The police chief Scott J. Denison says there is nothing wrong with this practice.

Gmw, I think it’s time we advocate for a change in shooting range equipment. Maybe it should be reversed. This will force officers to use discernment, when the practice target looks differently. will officers of color use excessive force?

When some officers see black, they go into shooting range practice,  and the law exonerates them, because they feared for their lives.  When their brother of color seem them, they run because, they fear for their lives, and get shot in the back, with a phone in their hands. This is a scary scenario,  we send our sons and daughters out into the world on a daily basis with their cell phones, mostly in their hands or on their person.

What makes this so difficult, is the 2 white Louisiana officers in the black man’s fatal shooting won’t be charged, even though they had him on the ground face-down, he was no threat to them, other than his black life did not matter.

But, to me and my Black children,” BLACK LIVES MATTER.” AS MUCH AS THE 17 LIVES IN PARKLAND, FL., mattered.  We all hurt for the senselessness loss of our children lives by guns.

GMW, Colin Kaepernick was blacklisted from the NFL because of his stance for black lives matter, and everyone knows it. Has  any of you wondered, ” what would have happened to Tom Brady or Eli Manning, had they done the same thing.

Would some owner have found a place for them, quarter -backing in the NFL. I cut my football teeth on Broadway Joe and the New York Jets, became a die hard  Jets and football fan.  but, 2017 was the first time I didn’t watch football since 1968. It became a bad taste in my mouth.

To all grandmothers, mothers and women (gmw) I’m not trying to play the: “the race card” we just need to realistically look at the Privilege  Elephant  in the room, plus the one in our Oval Office.

Our children from birth to 29 has a much better view of reality. My generation endured the horrors of the Civil Rights Movement and the war in Viet Nam.  We have a generation between us, who supported Bernie Sanders and opted out of voting in 2016 and we got #45.

Now I’m hoping they exonerate themselves and choose a president from their ranks for 2020.  We don’t need any more presidents running for office who’s over 65; I’m over 65.

To my White Sisters, Mothers of color, love their children just as much as you love yours, and we fear for them so much more because of the deadly animosity our sons has for each other.

So, what do you think about YOUR SON’S FACE, being us for target practice by N. Miami Policeman’s Department.  And all other Police departments and the IRA using a black background and the body of a White Frame as target?

GMW Our sons are afraid of each,  and we have to find a way to save both. We gave them life and brought them into the world. They are  great men in and out of uniform. The easy access to guns does not help us, or make life easier for them. 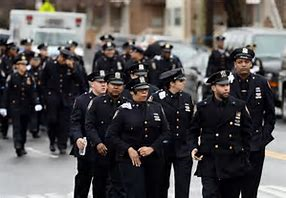